Richard E Gordon the founder and owner of CEO Dojo, bringing 40 years of martial arts expertise into his every day way of life. His passion to teach others about how to lead yourself to success in business and your personal life will help you achieve your ultimate goals.

Hey, everybody. Welcome to the show. You know where you are, the 99 with me. And as you guys know, I talk about it all the time. I'm a Navy veteran and I love talking with other veterans when we get into great stories, one, Hey, they served their country. And I really want to talk about that. But today we've got a great veteran.

He's a Marine, but you know, Navy arraign, we kind of get along. He's also a motivational speaker. He's an author. He's a buddy from secret knock. Y'all know, I talk about secret, not in martial arts, which are Gordon. Are you out there? I am here. Ready to get it going? Thank you for having me.

Oh, I'm trying to get past the Marine thing, you know, and if you call me an Uber driver from Marines, we gonna have a problem. No, no problem. Luckily I worked in a unit that worked with every branch of the service and I, and I respect them all. You know, we have fun behind closed doors, but for the real world,

we, we respect and we unite. That's why we're the best in the world. Yeah, exactly. And so before we get totally into our interview, I just want to ask you as a veteran, there's some young people out there about to graduate from high school, maybe coming out of college. And they're thinking about joining the services. What would you tell them?

So the first thing I do is start with the parents because they're involved in this process and I tell the parents, I'm going to give them the positive and the negative, but I'm pro military. I think everybody should serve if they're capable. And I think it's an experience as valuable to every young man and every young woman to stop their life. Yeah.

As a child, you know, I'm from the south side of Chicago, I always tell everybody the Navy saved my life because God only knows what would've happened. And it also introduced me. My parents, you know, took me around the country. I saw almost all of the continuous states before I graduated high school, but the Navy started showing me the world and it was on their dollar and they taught me and I was able to travel.

So I'm right there with you. And you know, if we don't protect ourselves, then who will I, Richard, let's talk about this 30 years in martial arts. Seriously. When did you get started when you were three? I don't know. I love that, but the more I teach and the more I give introductions when I'm doing seminars and you know,

started out 10 years and that was impressive. And then 20 and then 30, and now it's closer to 40 actually. So yes, it's been my whole life. So I'm a little kid. I embraced the importance of the discipline, the structure, you know, I grew up in Brooklyn. So fighting was, it was a national pastime. Everybody learned to fight from a young age.

So I said, there's gotta be more to it. And then I explored the martial arts, which taught me the discipline, the respect, the physical control and all of those things. And it's just been a way of life. Let me ask, you know, I'm a grandmother of three grandsons, they're two, six and 15 going on 30. You know,

how important is it to be in a program like martial arts to just kind of get that balance in that control? Because that's what I'm really worried about. I just don't want to do just be out there wiling out, you know what I'm saying? No, absolutely. And it's very valuable for parents and grandparents to put kids in the arts to expose them.

And again, my philosophy be you for you try different arts. Cause people say which one's the best and there are different ones. You just have to figure out which one's best for you, which one's best for the energy, which ones best fit the instructor. But yeah. Teaches skills, life skills, you know, discipline, respect, self control that you're not getting a lot of other places.

Unfortunately, nowadays of course you get it in the military later on. But as a youth, there's not a lot of programs still existing out there that teach those. And like I said, my grandsons are two, six and 15 going on 30. When do you think is a great time to start? You know, should they wait? Should I wait till they're in their teens?

Or should they start earlier? When's the perfect time to start them. Yeah. And that's always a great question that I get and it's like everything else in life, the best time is now. Now, you know, for the little one, if they're too small, bring them to the studio with the older brother, with the older siblings, I've had the kids progress.

I've had people, kids crawling around in the back and then they grew up there with the brothers for a couple of years and then they just segwayed in. So it wasn't foreign to that. And it wasn't scary. It wasn't a, you know, a crazy environment. They, they understood it. So they segue it in really nicely. So any ages is the perfect age to expose children because I ran kid programs.

So the kids could get, I would go to nursery schools and do kind of fun stuff to take away the fear and the stuff you see on TV a lot. And for an adult, somebody who, you know, never had that opportunity as a child, but never felt quite balanced. And maybe they have a, a short trigger and you know,

they're, they get angry quickly or they just feel frustrated all the time. Is it ever too late to start in a program? No. Great, great questions. You know, you could help write the brochure because you hit the you're hitting all the points because that's exactly it. You know, we all have things in our lives. Like I'd have a class with kids and adults.

we're going into the 15, there are so many different jobs in the military and everybody always looks at Navy seal army commandos, which is a great spot to be. But there are so many other people that support so many functions. So people get distracted by society, be this, be that, do this, do that. And they're not doing what's true to them.

I'm out there again. I love communicating with people. I love just meeting new people. That's what I do. And I help them. They help me. So to me, it goes both ways. You know, I'm a master of grand master in the arts, but I'm student for life. So they can see me at my website, which is CEO,

That's what I'm saying. I had the opportunity to meet you with secret knock. You know, you're amazing. You give this great energy. You, you talk to everyone that wants to listen. How important is it to connect and network? When you're in an opportunity with these wonderful people like secret knock Again, you're asking these very powerful questions to help people succeed.

I tell people don't be boring. Yeah. That's the secret to success in life. Don't be boring. I'm right there with you. And I looked at some people, you know, I watched them for three days and they never left their seat. They may have moved to another table or whatever, and I'm going, oh my gosh, they, you see the opportunity you have in front of you.

These are people you may never meet again in life. And you're just sitting there. I wanted to go shake the chair and say, get up. You know, a couple of people I did go over and introduce myself and say, okay, what do you do? They never left their seat. And that's why to me to write the book because people just don't know.

Some people, they consciously don't make a decision. But I think a lot of people just don't know how to act in that vibe like you and I we're full steam ahead. So we're, we're not shy. We're going to make shake trees. But the average person I realized, they just don't know. So that's why I put my energy into the book because it's going to help a lot of people,

how to really navigate that environment because it is chaotic. You know, it is really loud and chaotic and not everybody's nice. So they go up to someone who's not really nice and they get gunshot. Well, I want to thank you my friend for coming out and hanging out with me for the night at nine. I hope you'll come back again because we touched on about this much of everything you're doing,

especially when your program comes out, your new program, your new book comes out because you're needed. You know, even though you a Marine, you're part of my family now, and I'm so happy. You could hang out with me. It's been a pleasure. I'll be back anytime you want me. Awesome. Awesome. All right, everybody. We did it.

Alan. Didn't cut us off. We actually got through the full, I was this close. Hey, everybody make sure you check out Richard Gordon at 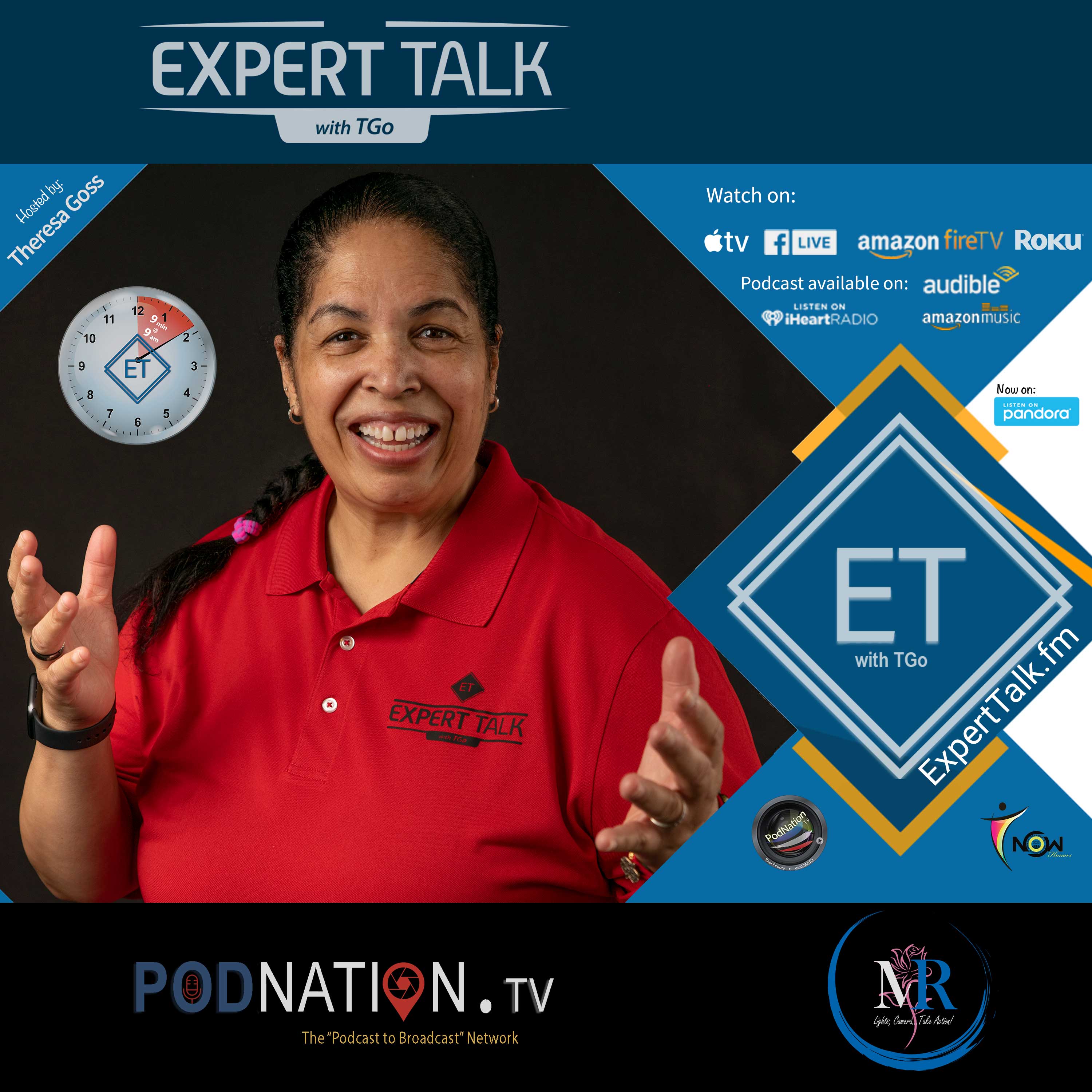